Press/Photos: Outlander Renewed for Seasons 5 and 6

Better get working on building Fraser’s Ridge, Jamie: Outlander isn’t going anywhere, seeing as how Starz has given the historical drama another two-season renewal.

The premium cabler will bring back Outlander for Seasons 5 and 6, TVLine has learned, echoing the supersized pickup the series got for Seasons 3 and 4.

The drama, based on a series of novels by Diana Gabaldon, will continue to follow the one-book-per-season formula it has used since its start. Seasons 5 and 6 will unfold over 12 episodes each and will be based on The Fiery Cross and A Breath of Snow and Ashes, respectively.

Starz also announced that a 12-episode Season 4, which is currently shooting in Scotland, will premiere in November 2018.
– Source 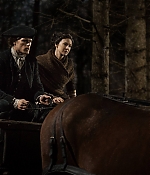 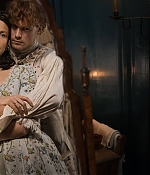 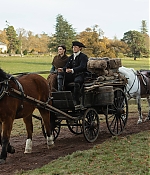