Some Like It Scot
“Claire has finally come back to him,” Sam Heughan (Jamie Fraser) says of his on-screen wife, played by Caitriona Balfe. “This season is definitely the beginning of a new world and a new hope for them.”

Too Scot To Handle
Jamie and Claire enjoy the fine things that come with staying at Aunt Jocasta’s plantation. But how she runs her property is a big NOPE. “It’s a very beautiful place, and it has this great wealth and opportunity,” says Heughan. “But Jamie certainly doesn’t agree with the sort of politics or the slave trade.”

Scot and Bothered
“Of course there are moments of problems, of trials and tribulations, but overall I would say it’s much more hopeful this season,” says Caitriona Balfe (Claire).

Feeling Scot, Scot, Scot
“There’s a stability and a sense of calm between Jamie and Claire that we probably have not seen before, but obviously the price that she’s had to pay for that is not seeing her daughter,” says Balfe of her character.

Scot Property
“I think there’s something of a likeness between Claire and Aunt Jocasta,” Balfe says of the character played by Maria Doyle Kennedy. “But I think for Claire it’s very hard to get past the fact that she’s a plantation owner and that she owns slaves.”

In Scot Pursuit
“In many ways Claire’s function is very much the wife and the homemaker this season,” explains Balfe. “That is very different from the character that we’ve seen throughout the seasons before. I struggled with that a little bit in the beginning. Is this the same woman? What are we doing? How are we portraying this woman?”

Scot and Spicy
“They’re both still stubborn,” says Balfe of Jamie and Claire. “That’s never going to go away. I’m sure there are things that will come up and they’ll butt heads, but I think this is definitely the most in sync they’ve been in a while.”

Scot as Hell
“Sam has always been the greatest guy,” says Balfe. “He’s created this incredible career. He does so much. I just am so proud of him.”

Scot to Trot
“We were just overjoyed that they gave us a couple more seasons,” says Heughan. “It feels like there’s a new life and new energy this season as well as how it will be different because we’re in America. I think it’s going to be good. It’s going to be really refreshing.”
– Source 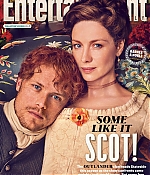 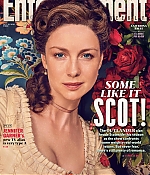 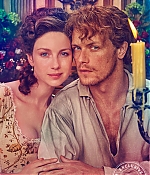 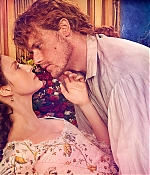 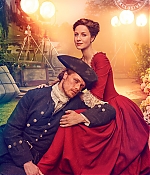 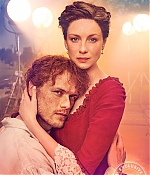 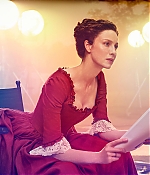 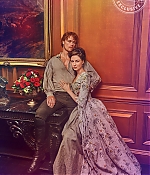