The primary cast, meanwhile, consists of Taron Egerton (Kingsman), Anya Taylor-Joy (The Witch), and Nathalie Emmanuel (Game of Thrones), as Rian, Brea and Deet, the three Gelfling heroes (get a first look at the trio below).

But wait, there’s more. Here’s what the rest of Dark Crystal‘s call sheet looks like…

Aughra will be voiced by:
Donna Kimball

Additional characters will also be voiced by puppeteers from the production, including Alice Dinnean, Louise Gold, Neil Sterenberg and Victor Yerrid.

As previously reported, The Dark Crystal: Age of Resistance will take place “many years” before the events of the film. “When three Gelfling discover the horrifying secret behind the Skeksis’ power, they set out on an epic journey to ignite the fires of rebellion and save their world.”

Louis Leterrier (Now You See Me, The Incredible Hulk) will executive produce and direct.

“The Dark Crystal: Age of Resistance will combine the art of puppetry perfected by The Jim Henson Company, with Louis’ vision, powerful storytelling and a mix of cutting-edge digital imagery and visual effects,” Cindy Holland, Vice President of Original Content at Netflix, previously said in a statement. “I can’t wait for families around the world to see how we bring these unique characters to life.”
– Source

by admin
Comments are off
Gallery Outlander 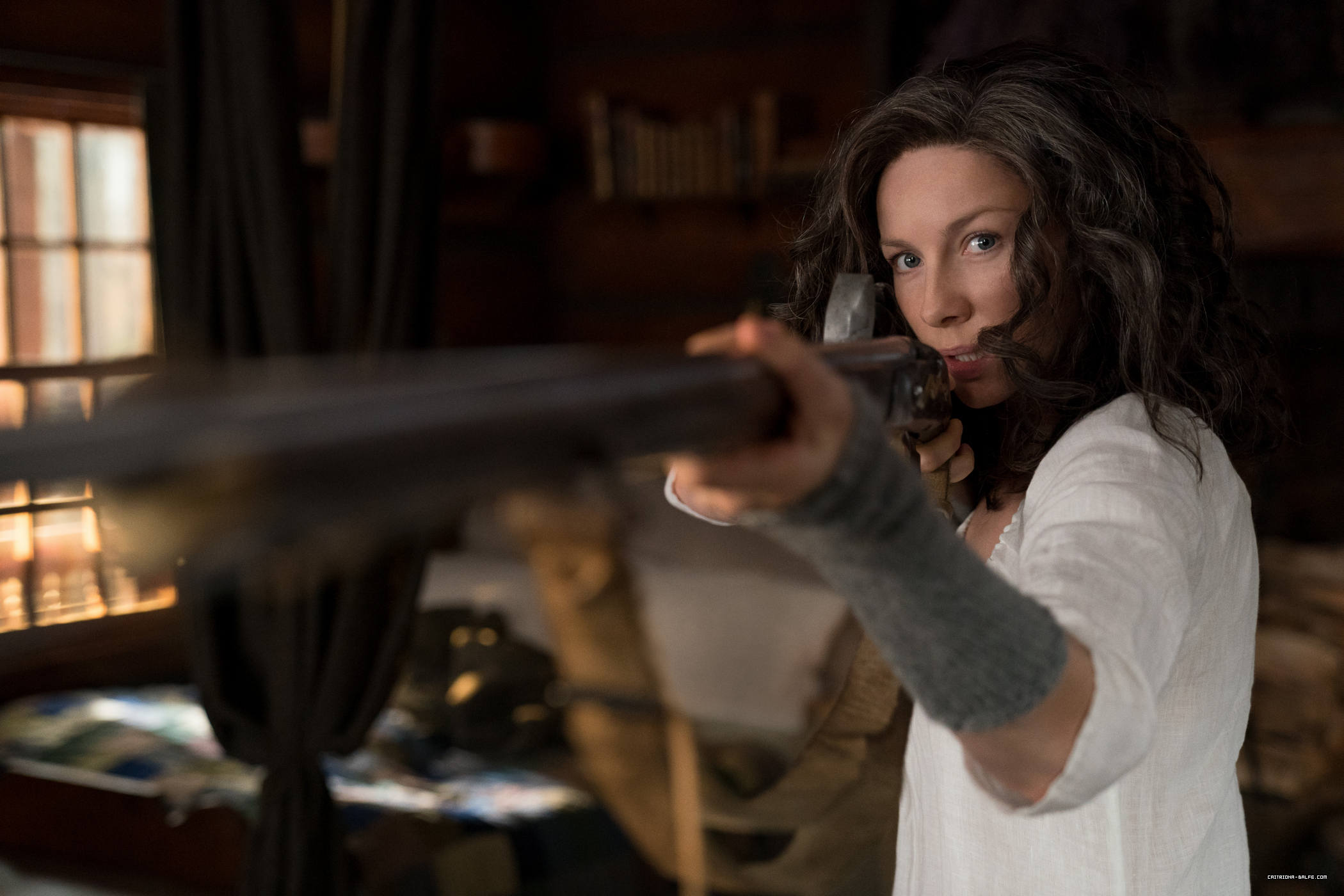 Phew! I’ve finished updating the photo gallery with all the missing Outlander screencaps, stills, and behind the scenes. Big thanks to my friend Kayla for her help. Sorry for the lack of updates. I been pre-occupied with other things, but now I’m all caught up! How are you enjoying the season? I am loving it! 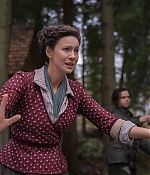 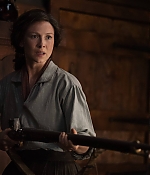 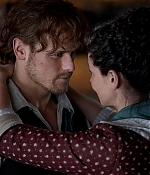 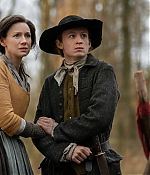 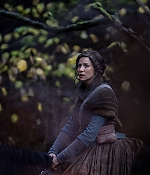 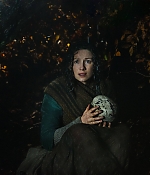 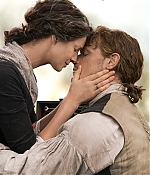 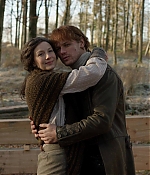 It’s a hit show with a cult following! “Outlander” is back for it’s fourth season. We talked with star Caitriona Balfe who plays Claire Fraser. The new season continues the story of time-traveling 20th century doctor and her 18th century Highlander husband Jamie Fraser as they try to make a home for themselves in colonial America. We find the Frasers in North Carolina, in a place called Fraser’s Ridge at yet another turning point in history – the cusp of the American Revolution. As Claire and Jamie build their life together in the rough and dangerous backcountry of North Carolina, they must negotiate a tenuous loyalty to the current British ruling class, despite Claire’s knowledge of the bloody rebellion to come.
– Source

by admin
Comments are off
Outlander Press

Press: Outlander’s Caitriona Balfe Talks About Claire and Jamie’s Future In Season 4 Of The Hit Show

It can be a blessing and a curse to star in a long-running TV show and Irish actress Caitriona Balfe has been stepping into the shoes of Outlander’s Claire Fraser for over 70 episodes.
One might think that playing the same character for so long could be difficult for an actor but Caitriona feels differently. In an interview with industry title, Variety she revealed:

“There’s a comfortability [sic] you have because you’ve been playing this character so long but I think every season is so different and this season we explore such a different side of Claire. Before, Claire – especially last season – was very much focused on her professional life and this idea that she was this trailblazing, professional women in the ’50s and ’60s, and that was really gratifying to play.”

She added, “But you also have to realise that as a woman your nurturing side, your marriage, your being a mother, all of that is just as important. To ignore either side of Claire would just not make her the fully rounded person that I’m so lucky to get to play.”

The much-loved show, now in its fourth season, charts the lives of time travelling Claire and her 18th century love, Jamie (played by Sam Heughan). Fans have seen the pair meet, via some cosmic time travelling stones, before enduring separation, war and loss over decades.

Now settled in America, Claire and Jamie are trying to build a life for themselves in the New World. Fans of the show are used to the lovers being parted but according to the show’s star, they could be together for good now. Caitriona says:

“This is definitely the most solid they’ve been. We definitely don’t have any cliff hangers anymore about will they, won’t they. Now that they’ve made that decision to stay together, I think this is it; this is our couple and so the drama will be in the external forces… but as a couple, they’re very solid which is nice”.

While the show will no doubt continue to dish out triumph and tragedy for the star crossed duo, fans will be pleased to hear it looks like the couple will stay together. With two more seasons confirmed there are many adventures yet to come for Caitriona’s Claire and her Jamie.
– Source

by admin
Comments are off
Audio Outlander Press

Welcome to “Remote Controlled,” a podcast from Variety featuring the best and brightest in television, both in front of and behind the camera.

In this week’s episode, Debra Birnbaum chats with “Outlander” star Caitriona Balfe about the fourth season of the hit Starz show. As Claire Randall, a time-traveling nurse balancing both family and love, Balfe finds herself juggling romance with some horrors of early American life in the new season.

“Claire, especially last season, was very much focused on her professional life and this idea that she was this trailblazing professional women in the ’50s and ’60s, and that was really gratifying to play,” Balfe says.

This season, though, the actress continues, “we get to see this woman, and this couple, choose their home and sort of choose how they want to live their life and what that community that they want to build from the ground up, what that will become.”

Some of the challenges of the new season came for Balfe with a storyline that saw her character encountering slavery up close and person, as well as one in which Native American characters force Claire and Jamie (Sam Heughan) to confront land expansion.

“I think in this process of adaptation… it’s a fine line of how you tell these stories,” Balfe says. “Those are never nice subjects when you have to come upon them, but I think it’s important that those conversations are still happening. You have to address it.”

“Outlander” saw immense success as an eight-part book series, but when the television adaptation aired in 2014, Balfe says she wasn’t sure if the series would stick around. Luckily, she says, fans of the books also took to the show, which now boasts four seasons and more than 70 episodes.

“They really embraced us from the start, but…what’s been so nice is that we’ve managed to branch out of that, and the show has sort of won its own fans,” Balfe says. “It’s been quite a wild ride, but it’s been a good one.”

The secret behind the adaptation’s success, she believes, is executive producer Ronald D. Moore whose inspiration for the show comes from the books themselves.

“I think that if you have people who are in the show [and] who are making the show, if they are fans, they retain the essence of what the book fans really love,” Balfe says.

At the same time, however, she says both Moore and the show’s other executive producers are still able to make each episode tell its own story. After all, “you still have to make TV for TV’s sake,” she says.
– Source

by admin
Comments are off
Gallery

Caitriona was out last night at the Michael Kors Dinner To Celebrate Kate Hudson And The World Food Programme. She looked lovely! Enjoy the photos.